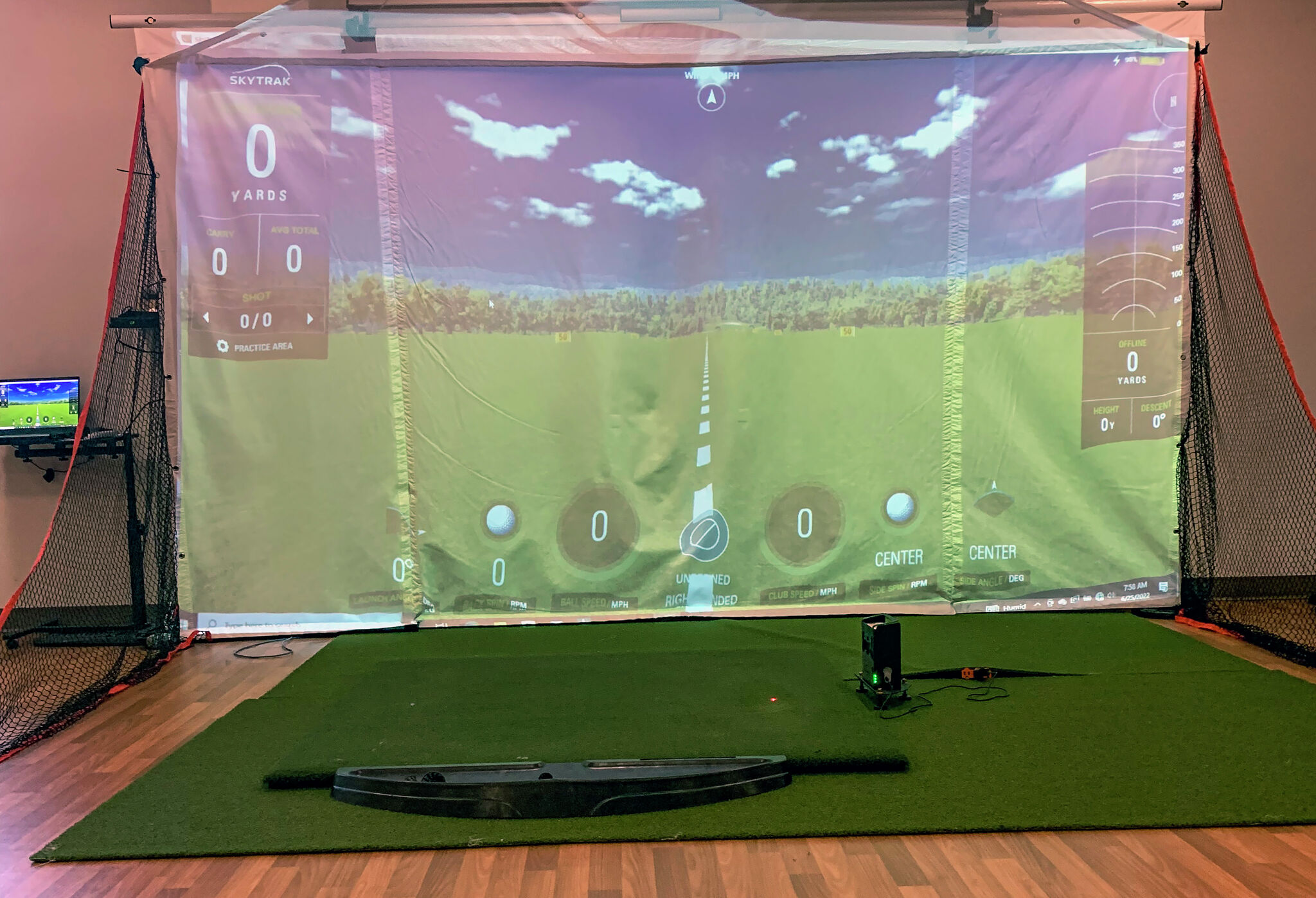 Why Manistee Hospital Got a Golf Simulator

MANISTEE — Not something you would expect to find in a hospital, but it can be useful for physiotherapy and rehabilitation: a golf simulator.

Inside the Manistee Health and Fitness Center at Munson Healthcare Manistee Hospital, there is a golf simulator which consists of a projector and a green screen that allows a person to simulate their own golf swing on a virtual golf course.

A person simply stands on the mat and can imitate a swing. It has dotted lines which will show if the person is not hitting the ball directly.

The idea to get the simulator came from Tyler Stec, the Manistee Health and Fitness Manager at Manistee Hospital.

Stec said he made a presentation to his superiors, which helped move the project forward. The simulator was unveiled three months ago.

The simulator is used by people of all ages, Stec said.

“High school kids, a 10-year-old boy, we’ve had middle-aged guys…those old guys who want to get their swing back,…we even had a 90-year-old man,” Stec said.

Stec said the simulator is used weekly and there are actual tee times, allowing people to call throughout the week to reserve a particular time. Reservations can be made by calling 231-398-1520. Stec also said there will be a website in the future where people can book a tee time, although there is no exact date for its rollout yet.

The cost to use the simulator is $20 to $60 per hour, but people who already have gym memberships can get a discount.

He said there were sometimes five or six people a week who came to use the simulator to perfect their swing.

It’s typically used for about an hour or two at a time, according to Stec

The simulator was donated by the Manistee Hospital Foundation and no funds came from the hospital’s actual budget, Stec said.

“We received very generous donations from Mark and Barbara Gerson. It took $10,000 to put it all together,” said Esther Sigurdardottir, director of rehabilitation services at Munson Healthcare Manistee Hospital.

Currently, none of the other hospitals in the Munson Healthcare system have anything like it, Stec said.

Stec said while most of the use is recreational, some departments in the hospital also use it.

“(The) physiotherapy (department) uses the golf simulator to aid in the rehabilitation of an individual,” Stec said.

Sigurdardottir went into more detail about how the golf simulator works in the rehabilitation process for some patients.

“The simulator can be used in rehabilitation, in terms of balance assessment, as an eye-hand coordinator, for strength training after shoulder injuries and neurological problems such as multiple sclerosis and strokes,” Sigurdardottir said. “It’s a great asset to the community.”

Cornell welcomes students and marks a milestone in residential life